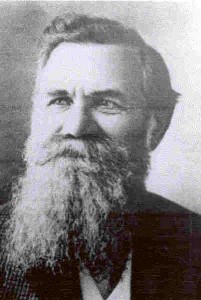 The roots of chiropractic medicine can be traced all the way back to the beginning of recorded time. Writings from China, India and Greece written in 2700 B.C. and 1500 B.C. mention spinal manipulation and the maneuvering of the lower extremities to ease low back pain. Hippocrates, the Greek physician, who lived from 460 to 357 B.C., also published texts detailing the importance of chiropractic care. In one of his writings he declares, “Get knowledge of the spine, for this is the requisite for many diseases”. “Bone setters” have existed in Germany for hundreds of years. In the North America, the practice of spinal manipulation began gaining momentum in the late nineteenth century.

In 1895, a Canadian doctor, from Toronto Canada, Daniel David Palmer, founded the Chiropractic profession. Palmer was well read in medical journals of his time and had great knowledge of the developments that were occurring throughout the world in medicine. In 1897, Dr. Palmer went on to begin the worlds first chiropractic college, The “Palmer College of Chiropractic” in Davenport, Iowa, USA which still exists and continues to be in prominence to this day. 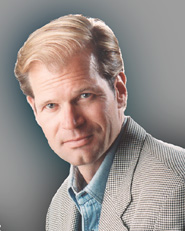 The founder of Chiropractic in Estonia is Dr. Allan Austin Oolo.  Dr. Oolo introduced Chiropractic Medicine to Estonia in 1992. (See newspaper articles…click here). Coincidentally, Dr. Oolo is an Estonian-Canadian who was also born in Toronto, Canada during the soviet occupation of Estonia.  He recieved his Doctor of Chiropractic degree in Canada and further went on to attain speciality designations in Sports Medicine and Rehabilitative Medicine in the U.S.A. He has practiced in Toronto Canada, Los Angeles USA and Tallinn Estonia. In the early 90’s Dr. Oolo returned to Estonia where Chiropractic Medicine was basically unknown to Estonians. Though numerous professional medical and media presentations with resultant articles and, as a result of Dr. Oolo working as a chiropractic physician in Estonia since 1992, chiropractic began to become known and used in Estonia. In the very early 90’s Estonia was still suffering from the devestating effects of the previous 50 years of Russian occupation. The country was very poor at that time and, during his practice of 1992 and 1993, Dr. Oolo did not charge any money for his services.   Dr. Oolo is also the founder and creator of another manual medicine treatment-system called “Trigenics” which is now used by thousands of doctors and therapists throughout the world. In 1997, Dr. Oolo began the Trigenics Institute of Myoneural Medicine which provides post-graduate courses for doctors and therapists and which is co-sposored by the National University of Health Sciences in Chicago, USA.   ( http://www.droolo.com/ , http://www.trigenicsinstitute.com/ )

Throughout the twentieth century, doctors of chiropractic gained legal recognition in North America with chiropractic also subsequently spreading to many other countries throughout the world. The World Federation of Chiropractic (www.wfc.org) now governs and sets standards of education for the chiropractic profession worldwide with the European Chiropractic Union (www.chiropractic-ecu.org ) doing the same for the EU countries such as Estonia.

Doctors of chiropractic medicine have become pioneers in the field of non-invasive, health promoting science-based approaches to a variety of ailments. A continuing dedication to chiromedical research could lead to even more discoveries in preventing and combating maladies in future years.

Education of Doctors of Chiropractic
Like medical doctors, doctors of chiropractic medicine must complete seven to eight years of post-secondary education. The chiropractic curriculum itself includes a minimum of 4,200 hours of classroom, laboratory and clinical experience. Approximately 555 hours are devoted to learning about osseous joint manipulation prcedures and biomechanical spinal analysis in chiropractic colleges/university. In medical schools, training to become proficient in manipulation is generally not taught to students making doctors of chiropractic the experts in this field.  The Council on Chiropractic Education (www.cce-usa.org ), which sets the educational standards in North America for chiropractic physicians requires that students have 90 credits of undergraduate courses in University with a minimum BSc level university degree prior to entering chiropractic college. Upon entering the chiropractic faculty at an accredited chiropractic university/college, an additional four to five years is required. The Estonian Manual Medicine and Chiropractic Association follows the basic guidlines set by the CCE with respect to setting minimum standards of education for anyone wishing to practic chiropractic in Estonia as a “Chiropractor”, “Doctor of Chiropractic” or “Chiropractic Physician”.

In order to be able to attain a license to legally and competently practice chiropractic medicine,  a graduate doctor of chiropractic must still pass their countries national board examinations and all exams required by the individual state, county or province in which the individual wishes to practice.
An individual studying to become a chiropractic doctor receives an education in both the basic and clinical sciences and in related health subjects. The intention of the basic chiropractic medicine curriculum is to provide an in-depth understanding of the structure and function of the human body in health and disease. The educational program includes training in the basic medical sciences, including anatomy with human dissection, physiology, and biochemistry. Thorough training is also obtained in differential diagnosis, radiology,therapeutic procedures as well as exercise and neurtraceutical prescriptions. This means, a doctor of chiropractic can both diagnose and treat patients, which separates them from non-physician status providers, like physical or manual therapists. According to the Council on Chiropractic Education doctors of chiropractic with the designation of “D.C.” are trained as Primary Care Physicians.

What is a Doctor of Chiropractic?
The proper title for a chiropractor is “doctor” and the pre-fix “Dr.” is put before their names as they are able to see patients without any referral and the bear the responsibility of being able to diagnose any  illness. This applys in North America and most developed countries throughout the world who follow WFC and CCE educational and licensing guidelines. The professional credentials abbreviation ” D.C.” literally means “Doctor of Chiropractic. ”

Chiropractic Philosophy
As a profession, the primary belief is in natural and conservative methods of health care without the use of surgery or medication. These doctors devote careful attention to the biomechanics, structure and function of the spine, its effects on the musculoskeletal and neurological systems, and the role played by the proper function of these systems in the preservation and restoration of health. A Doctor of chiropractic is one who is involved in the treatment and prevention of disease, as well as the promotion of public health, and a wellness approach to patient healthcare.

Scope of Practice
Over the years, accredited Doctors of chiropractic have gained a complete scope of practice in the field of manual and natural medicine. They frequently treat individuals with neuromusculoskeletal complaints, such as headaches, joint pain, neck pain, low back pain and sciatica. Chiropractors also treat patients with osteoarthritis, spinal disk conditions, carpal tunnel syndrome, tendonitis, sprains, and strains. However, the scope of conditions that Doctors of chiropractic manage or provide care for is not limited to neuromusculoskeletal disorders. Nutraceuticals and nutitional prescriptions are also often given to assist in the recovery process.  Chiropractors have the training to treat a variety of non-neuromusculoskeletal conditions such as: allergies, asthma, digestive disorders, otitis media (non-suppurative) and other disorders as new research is developed.

A wide variety of manual or instument/device assisted procedures are now used to restore function and alleviate pain.